Since March 2017, medical cannabis has been legal in Germany. Previously, the law only accepted the applications of about 1,000 patients. However, as of March 2018, the number of applications to the health insurance companies, which have to bear the costs of care for patients with medical cannabis has risen to 13,000 with 60% of  requests for reimbursement being approved.

In order to cover the increasing demand for medical cannabis, Germany is dependent on the import of medical cannabis from abroad. As the Federal Ministry of Health announced, eleven applicants have applied to the the Federal Institute for Drugs and Medical Devices (BfArM) for an import permit for cannabis for medicinal purposes. In the period from September 2017 to March 2018 import applications were approved for the amount of about 2100 kg of medical cannabis. An overview of the existing importers and their products can be found here:

According to the Ministry, further applications are still being processed. Since September 2017, the existing import permit holders have applied to increase their annual quotas to 10,900 kg. Two  additional applications with a total volume of 10,400 kg are also being processed.

A prerequisite for the import is that the cannabis can be dated back to its original source, which is a licensed medical producer under the exporting states control. These laws are the result of the 1961 single convention on narcotic drugs.

In addition, import applicants must also have permits for cannabis testing, nationwide official permits by the Medicines Act, the import permit, the wholesale license and the manufacturing authorization.

The importing company must appoint a narcotics officer who has sufficient expertise. These expertise can include a university degree in biology, chemistry, pharmacy or human / veterinary medicine or the testimony of a vocational training as a wholesale pharmaceutical merchant with at least one year experience in the narcotics traffic.

Furthermore, extensive security measures must be introduced and demonstrated by the import operation, in terms of storage in closets, rooms and electrical monitoring connected to the police.

For the application process the import license, the Federal Opium Agency is responsible.

In order to meet the further demand for medical cannabis in Germany, the amendment also provides for the production of medical cannabis in Germany. For this, the cannabis agency within the Federal Institute for Drugs and Medical Devices is responsible. It provides for the control of the cultivation, harvesting, processing, quality inspection, storage packaging and delivery to wholesalers and pharmacists or manufacturer. However, after harvest is completed, the cannabis is not transported to BfArM, but the distribution is handled by the respective growers and the other contracted companies.

Fitting is done so by the companies that are selected in a Europe-wide tender procedures and commissioned by the Cannabis Agency. The cultivation of cannabis in Germany is made exclusively for medical purposes. As such, it must also meet the requirements of the GACP and the monograph „cannabis flowers“ (DAB) sector. Then the Cannabis Agency will set a-factory price and sell medical cannabis to wholesalers and pharmacies.

The first tender procedure whose deadline expired in June 2017 provided for the granting of licenses for the cultivation of a total of 6600kg for the period 2019-2022. Since the applicants already had to demonstrate solid experience in the field of manufacture of medical cannabis, German companies were excluded de facto from the tender, which has led to an interruption of the tender and procurement procedures before the OLG Dusseldorf. One of the applicants was the German company Lexamed. As a result, the court ruled that the decision-makers had made mistakes in the tender award procedure and no licenses may be awarded on the basis of the concluded contract award procedure. It is expected that the tender must be repeated sometime in the near future.

As the need for medical cannabis steadily increases, demand is already exceeding the original forecasts by the federal government and it is expected to continue the tendering procedures of the cannabis agency.

In July 2017, the Green Party introduced a bill for the complete legalisation of cannabis to the German Bundestag, the so-called Cannabis Control Act. The law provided for complete decriminalisation of users and a regulated market for cultivation, wholesale, specialist shops, processing and import. During the negotiations of the Jamaica coalition, the FDP also appeared to be open to legalization just as the left-wing party of the opposition. While the coalition agreement of the current grand coalition does not reflect legalization, there have however several initiatives on pilot projects for a controlled cannabis provision been brought in which have yet to be voted on within the Bundestag. The co-governing SPD appeared to be surprisingly open to this in the discussion. Since the social debate on legalization continues to be lively, the Federation of German Detectives has recently advocated legalization, it remains exciting how the grand coalition will position itself in two years‘ time in the planned evaluation of the previous inter-governmental cooperation on this topic. 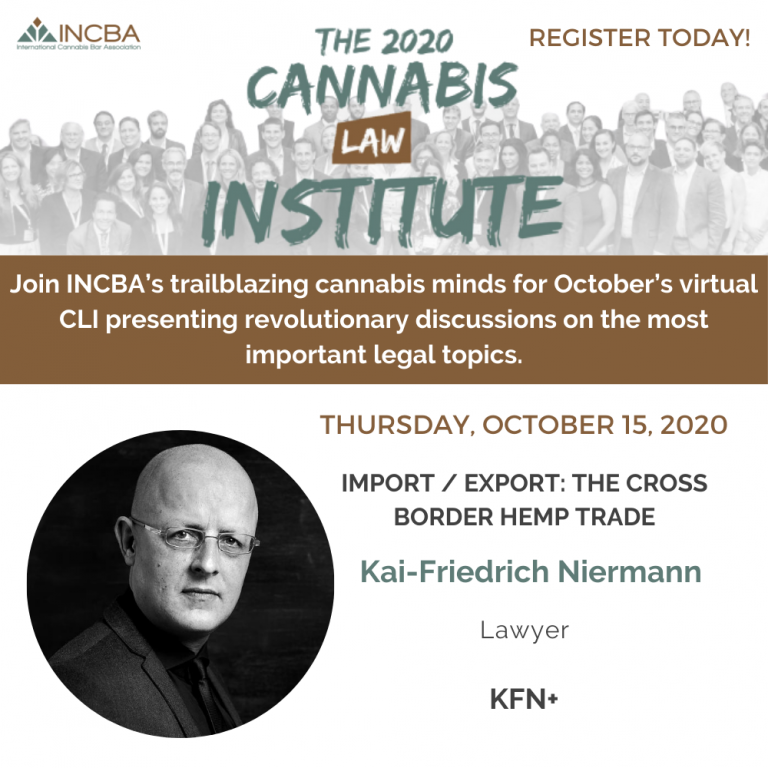