2019 has already been a difficult year for the CBD industry, and 2020 seems to be no less challenging. Until December 2019, several official prohibitions of CBD oils, both with isolates and with extracts, especially from supercritical CO2 extraction, have been confirmed by first instance administrative courts in Germany (f.e. VG Gießen). In the new year, there were further police actions and official prohibitions, even at companies that previously felt safe because they were only involved in online trading.

And now the Corona Pandemic is added to this.

All industry events, such as the ICBC in Berlin or the CNBS in Cologne, were cancelled or postponed. Whether the Mary Jane in Berlin in June and the alternative dates can take place is still more than questionable.

Furthermore, the company Cannamedical from Cologne has started to write to CBD manufacturers and distributors via the lawyer Peter Homberg of the law firm Dentons from Berlin and to point out that extracts of Cannabis sativa L and products derived therefrom containing cannabinoids are considered as novel food and are not marketable without a corresponding authorization. The undertakings marketing those products would gain an unlawful competitive advantage. Attorney Homberg called on the companies, setting a deadline, to immediately stop the distribution of CBD products requiring approval. At the same time, it was announced that the companies had been notified to the competent authorities.

Nevertheless, a legally binding warning letter was not issued. On the one hand, there was no declaration of discontinuance subject to penalty, and on the other hand there was also no note of legal costs. The warning notice is obviously connected with the CBD prescription kit developed by Cannamedical, which the company last sold in pharmacies as prescription drugs.

It remains to be seen whether and to what extent Cannamedical will continue to take action in this matter. In any case, the company has not made friends in the industry. And of course neither has Dentons, one of the main sponsors of the ICBC 2020 in Berlin.

At the same time the EIHA caused a stir with a press release at the beginning of March: „Cannabidiol not necessarily subject to registration as a novel food“. This was preceded by an exchange of correspondence with the Federal Office of Consumer Protection and Food Safety (BVL) after the latter stated on its website in March 2019 that no case was known in which cannabidiol (CBD) could be marketed in food, i.e. also in food supplements. The EIHA requested clarification or a differentiated approach from the BVL, since the European Commission issued statements in 1998 confirming that foods containing parts of the hemp plant are not novel foods.

In response to a question from the FDP parliamentary group in the Bundestag, the Federal Government then declared in July 2019 that the European Commission’s statements from 1998 were still valid, but that it could not be concluded from this that all products of the hemp plant, including CBD isolates or extracts enriched with cannabinoids, for example, would be marketable.
The Federal Ministry of Food and Agriculture has similarly answered the question of the EIHA. The BMEL also had no evidence that cannabidiol (CBD)-enriched hemp extracts had been consumed to any significant extent in the EU before 15 May 1997.

Conversely, it follows that cannabinoids of the hemp plant can only be considered as a novel food ingredient if they use isolates or enriched extracts. Food products derived from hemp using traditional hemp flower/leaf extraction and that contain the full natural spectrum of cannabinoids in the hemp plant are therefore marketable.

Such an examination can only be made in each individual case and the BVL’s blanket classification on its website is therefore incorrect.

In my opinion, this assessment by the EIHA is logical and will also have to be taken into account in the appeals still to be heard against the first instance administrative court decisions already made and in new proceedings.

Also in the case of Cannamedical, which is proceeding on the basis of competition law, every company should examine whether classification as a novel food is in fact mandatory.

Although some headlines then went too far, special international voices were heard about the press release, which already stated that the German government has now released CBD. But the differentiation pointed out by the EIHA should be given sufficient attention by authorities, administrative courts and competitors.

Nevertheless, the EIHA is continuing to make progress with the formation of a consortium, as decided at the General Assembly in November 2019. The consortium will submit joint applications on behalf of its members, including in particular isolates and enriched hemp extracts for approval as novel food. Only in this way can the full market potential of the hemp plant and its derivatives be exploited for the consumer. The EIHA will present its complete concept, including the timetable, study designs and costs for members, by the second half of 2020 at the latest. A membership in this consortium as well as in the EIHA is still possible at any time, new members are always welcome. 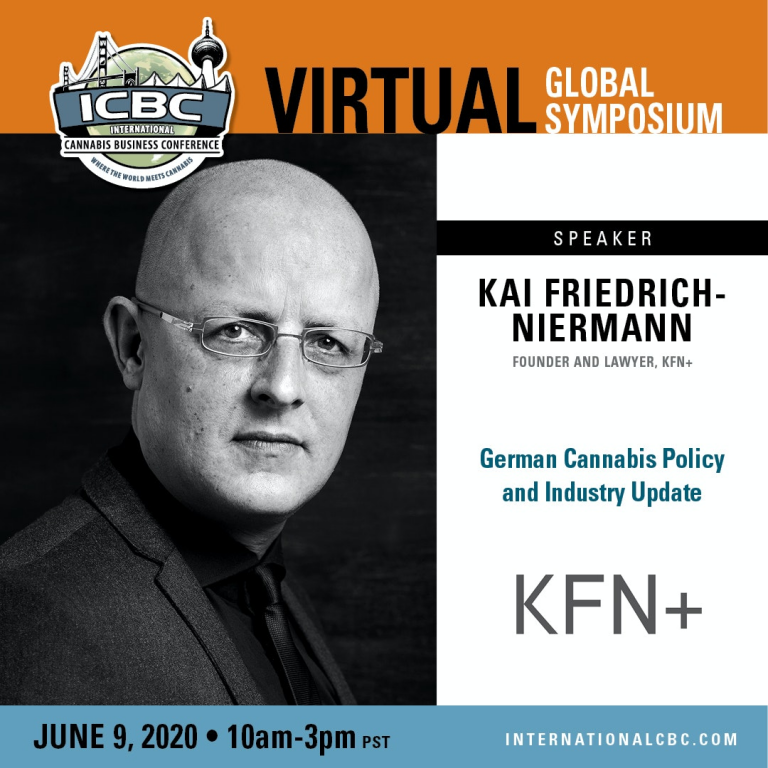 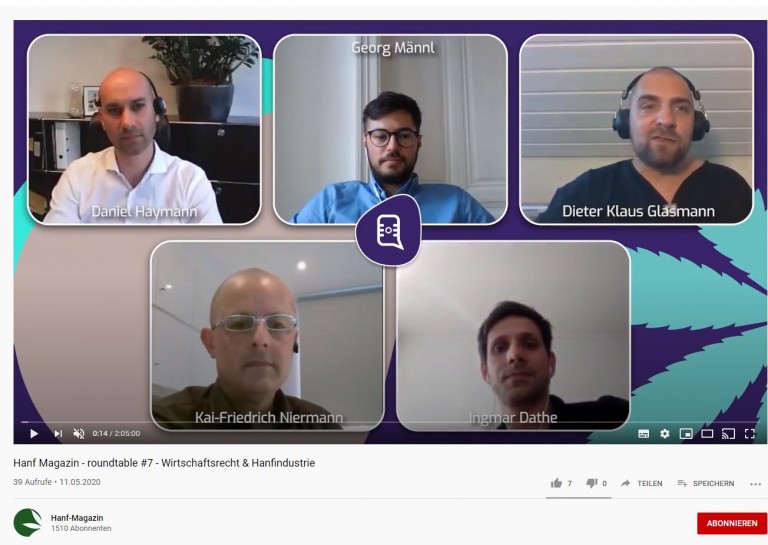