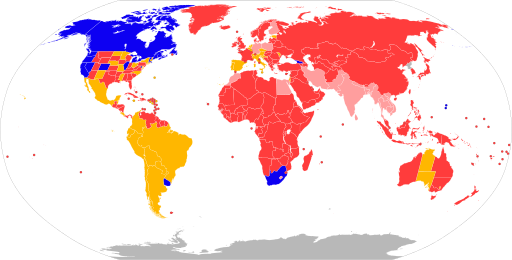 Original Link in German on Leafly.de

To anticipate the bad news, neither the legalization of cannabis nor the decriminalization of users has been realized in 2019. In the black market, again this year, most likely more than 500 tons were traded without any state control over youth protection, prevention, product quality, tax revenues and organized crime. There are still 180,000 preliminary proceedings for cannabis, 2/3 of them against users. In Görlitzer Park in Berlin drug dealing is still alive, even in front of the eyes of the new Federal Drug Commissioner, who has finally paid a visit there.

However, a public discussion has developed in a way that was unthinkable just a few years ago. In this sense, 2019 was an eventful year that is worth looking back on.

The German Hemp Association (DHV) has used the funds of the Christmas donation campaign of 2018 with more than 110,000 € to start a justice campaign to encourage judges and defendants to have the penalties for cannabis possession and consumption reviewed by the Federal Constitutional Court. For this purpose, two lawyers have developed a sample template which judges can submit directly to the Federal Constitutional Court. This is possible in the context of a concrete action for review of the constitutionality of a statute. In addition, an advertising campaign was placed in legal journals. The well-known juvenile court judge Andreas Müller has media-effectively already made use of this option. It remains to be seen whether this campaign will be successful, and if so, how quickly.

The new campaign of the hemp association next year aims at a broad publicity campaign, which should further increase the approval values for cannabis legalization in the population (currently 42%). Here, considerable resources are certainly needed to generate the same kind of media attention as in the cinema advertising campaign back in 2017.

In November the Schildower Kreis organized at the University of Frankfurt the 1st Antiprohibitionist Congress with more than 150 participants. The association of more than 122 professors of criminal law who signed a declaration against the prohibition of certain illegal drugs in 2013 is remarkable in itself. Half of the German professors of criminal law thus oppose the criminalization of users, especially the 4 million cannabis users. At the conference, certain regulatory models for cannabis and MDMA were presented. Regarding the success of a constitutional complaint against the cannabis ban, it was noted that it was only in early November, in connection with Social Security sanctions, that the Constitutional Court ordered the legislature to regularly review the effectiveness of a law. If this review were consistently applied to the cannabis ban and the latest scientific and social findings were applied, the constitutional complaints should actually be successful. For the law does not succeed in effectively curbing the use of cannabis, nor is it proportionate in achieving that objective.

Pressure from the municipalities / pilot projects

Pressure from the municipalities also remains high. The Bremen state government is planning a pilot project to distribute cannabis to adults. Also, the federal state SPD of NRW passed a motion at the party conference to make a model project for home-grown medical cannabis possible.

At the end of the year, the Berlin SPD actually sent an application for a model project on legal distribution of cannabis to consumers to the BfArM (German Drug Authority), on which a decision must be made within the next 3 months.

The parity welfare association Bremen (paritätischer Wohlfahrtsverband), as part of an umbrella organization with over 10,000 independent organizations, has called for new approaches for the state of Bremen, in particular the decriminalization of consumers and the release of private cultivation for personal use.

The position of the Federal Government Commissioner for Drugs has not been filled since the European elections in May. The right of replacement was granted to the CSU, due to the Unions internal power structure after Marlene Mortler’s departure for the European Parliament. As a result, a social debate developed on whether such an important position should be filled solely on the basis of party proportional representation or on the basis of competence. This debate led to a position paper of the leading drug policy organizations in Germany, which recommended the appointment of Burkhard Blienert. Burkhard Blienert was a member of the German Bundestag from 2013-2017 and drug policy spokesman for the SPD Bundestag group. In this function he played a decisive role in the legalization of cannabis as a medicine. Among other things, he was able to achieve that the sovereignty of therapy lies with the doctor and that the costs for medical cannabis must be covered by the health insurance under certain conditions. With this experience, he would certainly have been a suitable candidate for the position of Federal Drug Commissioner, who is to coordinate the Federal Government’s drugs policy, provide impetus and take up recommendations from experts.

Not least because of this initiative, Daniela Ludwig was then appointed the new Federal Government Commissioner for Drugs by the CSU, a transport politician from the Bundestag, in September.

In her first interviews at the end of September she publicly called for a new beginning in German cannabis policy. She will talk to all responsible organizations and institutions and also look around our European neighbors to see that they are doing differently and perhaps better. After her last visit to Görlitzer Park, however, misleading remarks were again made, as she apparently voted for a nationwide uniform personal consumption of 6 g cannabis. The Bavarian Police Union immediately followed this up by stating that there should be no shaking at the 6 g limit, as police investigation measures would have to remain „possible“. However, a more liberal approach to cannabis with regard to users looks different. Ludwig is also firmly opposed to the decriminalization of hard drugs.

For 2020 it remains exciting to see to what extent this „new beginning“ in drug policy will be accompanied and shaped by it.

International developments showed a mixed picture. Canada and California are obviously struggling with the inadequate regulatory conditions created by the legislature. In both countries, for example, there was excess capacity of several 100 tons throughout the year, which is currently in stock and cannot be sold out. This is partly because there are too few licensed points of sale, and partly because taxes on legal cannabis products are so high that consumers continue to resort to black market products. In addition, the share prices of the largest producers have fallen by up to 70%, so that some international colleagues are already asking whether the legalization has failed.

In contrast, further legalization efforts were made in Mexico and New Zealand. Due to a decision of the highest court, Mexico must create the legal basis for the legal distribution of cannabis. In the upcoming 2020 election, New Zealand voters will get a chance to legalize their own cannabis industry.

In France, a governmental panel of experts advising the government has recorded the negative consequences of cannabis prohibition and recommended legalization. France is one of the countries with the highest per capita consumption of illicit cannabis and at the same time has the strictest legislation to enforce prohibition.

Recently, contradictory reports have come from Italy, where at least „Cannabis Light“ should be legalised.

However, Luxembourg remains the highlight of the European development of legalization. The details of the legislative reform are to be worked out over the next two years. Thus Luxembourg will become a sting in the European community of states to finally break new ground in the use of cannabis for recreational use in Europe. The Minister of Health of Luxembourg, Etienne Schneider, has already called on the European neighboring countries to reconsider their cannabis legislation and develop a common position.

Turning point in the CDU

In view of these worldwide developments, the first votes from the CDU parliamentary group in the Bundestag came in October, questioning the party’s previous cannabis policy. Marian Wendt and Karin Maag openly admitted that the Union (CDU/CSU) is considering legalization. They could be the first serious conservative voices to allow a rethinking of existing cannabis policies among conservatives. Both stated that the party is increasingly reporting discontent to the Bundestag faction, in federal states and municipalities, as the situation on the ground no longer justifies the rigid attitude of the past decades.

In the Union we have often seen that people have long resisted social trends and liberal demands, such as the nuclear power plant phase-out, homosexual marriage and the abolition of conscription. However, as soon as a majority in the population becomes apparent, everything can suddenly happen very quickly. After decades of stagnation, this development in the Union can certainly be described as a turning point. Not least in North America, one can see the considerable economic potential that can result from legalizing cannabis. As soon as the Union as a party of the business community understands this potential, even the last resistance to a new start in drug policy will crumble.

After the evaluation of the mid-term results and the SPD party conference with the election of a new leadership, the grand coalition now seems to want to govern until the end of the legislative period. This gives the SPD the opportunity to harmonize its decisions on cannabis at federal level. If the SPD decides to decriminalize consumers, there would already be a majority in the Bundestag. Although the FDP voted against a corresponding motion by the Left Party in the summer, this can be neglected as a Berlin tactical skirmish.

The petition of the hemp association as well as the cannabis control law of the Greens are still to be voted on in this legislative period. The Bundestgas groups have expressed a need for further consultation on this issue. As soon as the tactical conditions in the political groups are in place, a vote or a new vote seems quite possible. Here, the next weeks and months and the (re)positioning of the acting forces will have to be awaited.

The Greens, still strong in the polls (20-30%), will be able to present the most comprehensive proposal for the reorganization of cannabis policy with the Cannabis Control Act, which was already introduced in the Bundestag in 2017. By that time, it was dismissed, but it remains likely that this law will become the blueprint for legalization after the next federal elections in 2021 with a new federal government, and with the participation of the Green Party.

In order to avoid a hectic pace from September 2021 onwards, consideration should already be given to the details of a state-controlled distribution of cannabis. The aspects of youth protection and prevention are already considered in detail by the Cannabis Control Act. But do we really want a free market model, with the danger that large companies will end up dividing the market among themselves? Especially when requirements, regulations and conditions (see social concept employee certification) can only be met with immense initial investments? Is legalization also a social issue? What is the tension between the ban on advertising and the need for information in society? How do we manage to set up enough licensed distribution points to actually take up the fight against the black market? How can a German new beginning in drug policy in the European Union fit in?