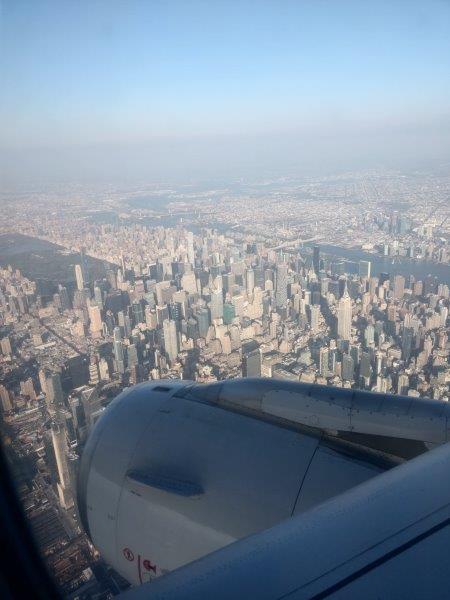 As a member of the International Cannabis Bar Association (INCBA), I again had the honor of speaking at the annual Cannabis Law Institute at the New York Law School early October this year. But before that, I decided to visit two states that had already legalized recreational cannabis for some time. The trip started in Denver, the capital of Colorado, from which the change in drug policy in the USA started at that time.

A client had kindly organized a guided tour through a grow. This facility was located in an inconspicuous industrial area of Denver, which can only be guessed from the outside by its massive lattice. We were welcomed by a friendly production manager, who guided us through the complete plant. The entire production process was explained to us, from cloning to trimming to packaging. A vast number of lists record when which room was cleaned, what weight loss results from drying, which water hose was last tested for bacteria and what values were obtained after the analysis. The authorities regularly register for visits and check the strict quality criteria that apply to cultivation in Colorado. The company has to bear up to more than 1000 € analysis costs per month.

In the past, stores in Colorado had to be vertically integrated, i.e. only what was grown by the same company could be sold in the retail stores. This scheme no longer applies, but the inspected grow still supplies his own three shops, which also have to buy in at the wholesale market in order to meet the demand. And everything, really everything works of course only with cash, because at the federal level cannabis is still an illegal substance.

In the dispensary, which is connected to the grow, there was then a friendly bustle. However, the choice was very limited, especially for the new products such as Vape Pens, Edibles and Beverages. Also, it was not very easy to talk to the sellers. A comprehensive consultation could not take place, since questions were always answered very briefly and concisely.
An explanation for this later arose in Seattle, Washington State on the west coast, when I visited a dispensary there and was able to talk to the owner. He reported that on Friday and Saturday up to 2,500 customers had to be served each evening: „We are trying to build a machine here“, he said, in order to cope with a huge crowd. There is no time for detailed discussions about new cannabis products and the mode of action of THC, for example in Edibles. Likewise, the salesmen, who are not specially trained, are instructed to keep this machine running and not to spend too much time with each individual customer.

This practice is far removed from the requirements of the Cannabis Control Act by the Green Party, the draft of which we discussed in the previous blog entries. We remember that specialist cannabis shops must therefore draw up a social concept and the staff working there must acquire the certificate of responsible selling. No one there has time to recognize risky drug use, let alone counteract it. However, dried cannabis flowers are then sold in plastic packaging that is so strong that it can only be opened with a knife or scissors.

He also said that in the end he didn’t believe in the creation of big brands. For him and the local customer it is important that there are always enough fresh flowers available at the best price. The customer would only pay attention to this and not to which brand it comes from. With finished products such as vapes and edibles this is something different, but with dried flowers it can be compared to buying potatoes on the marketplace. There it depends on the freshness and variety of the potato, but not on the farmer who sells it.

The CBD market is similarly confusing as in Europe, with the individual states each having their own regulations. Large drugstore chains in Washington offer a variety of CBD products in a small locked cabinet that must be unlocked by personnel. In New York there are also hemp shops as we know them from Germany. There CBD flowers, hemp seed oil, CBD oil and animal products with CBD are offered. All of the US is waiting for the FDA to decide how to regulate CBD products.

At the conference in New York Law School, it was impressive to see how committed and detailed the struggle is for a responsible solution for individual products. In a podium discussion, the regulators from the states, which will soon introduce legalization, reported for example how wax, an extremely high-percentage THC extract, is to be used or smoked by consumers for so-called dabbing. The aim of dabbing is to absorb as much active substance as possible effectively, which is very popular with certain patients in medical applications but can also trigger extreme intoxication among inexperienced users. „We are not happy with that“, so the tenor that Wax in Dispensaries would be available for purchase without further explanation or introduction to this practice.

Then the Canadian in-house lawyers of large licensed producers of medical cannabis reported how impressed they were with the records of various „master growers“ who were formerly active on the black market. They had meticulously kept records of their breeding results over decades, creating stable varieties from which the legal producers are still a long way off. This is an interesting aspect which not only concerns intellectual property issues, but also legalization as a social issue.

The vaping crisis was of course also an issue. It was agreed that hasty bans on liquids were no solution, as they would then be traded on the black market and cause even more problems. Legalization of cannabis at the federal level would be preferable, so that uniform quality standards and testing routines could be defined and monitored by the federal authorities.

New York itself is still struggling for legalization, but consumption has already been decriminalized. There are illegal consumption rooms, so-called Speakeasy, in which people can consume and buy. In the biggest and best-known New York Speakeasy an event took place on a topic that we here in Germany have to deal with in the long run. Steve de Angelo, the US-American pioneer of the legalization movement, introduced the „Last Prisoner Project“: „We will not rest and stop until the last cannabis prisoner is released“. Dealing with the rehabilitation of former offenders convicted of cannabis offences without violence is also one of the debates on legalization, similar to the 2017 German law on the criminal rehabilitation of consensual homosexual acts.
Overall, a progressive and responsible debate is taking place in the USA and in more and more states the black market is being replaced by a regulated market.

One would like more German regulators and politicians to look at these developments and debates in detail, perhaps to get an impression on the ground more often and discover the potential for society and the economy. How legalization works can now be seen, not in the model, but live. 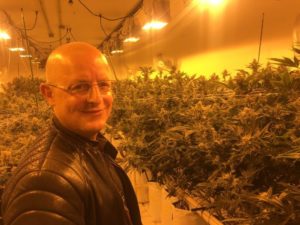 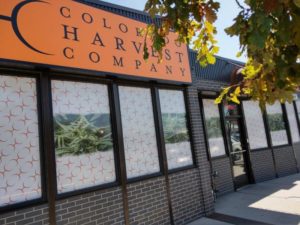 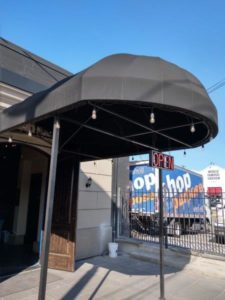 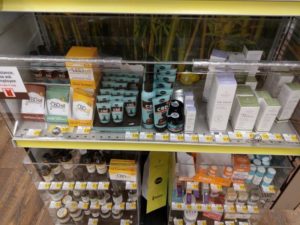 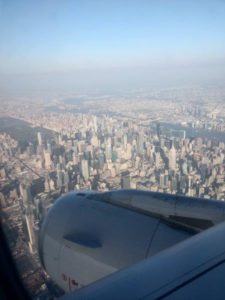 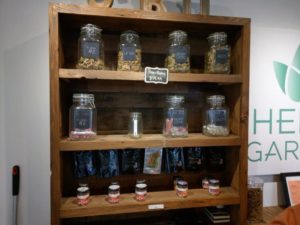 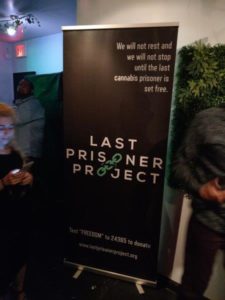 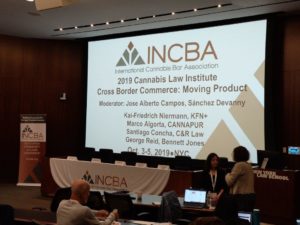 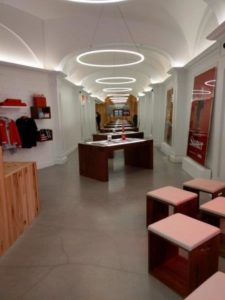 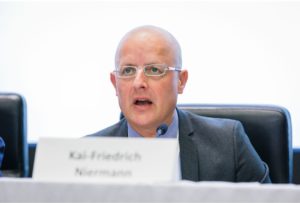