The Germany Cannabis Report by Prohibition Partners – with KFN+ 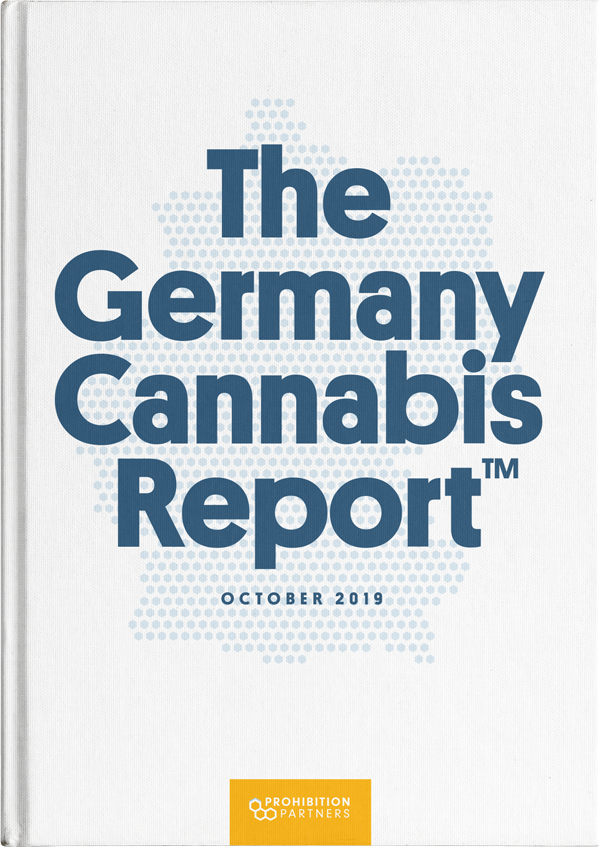 Against this background, the small quantities of cannabis grown, which have been put out to tender by the Cannabis Agency and have now been awarded for the first time, are not comprehensible. The German government currently does not want a medical cannabis industry like in Canada and the Netherlands. It is foreseeable that the tendered quantities will be far from sufficient and that imports will still be necessary over the next few years.

The Bundestag delegate Schinnenburg of the FDP wanted to know from the Federal Government in the context of a small inquiry in the Bundestag, what would happen with surplus quantities, which are possibly not needed in the local cultivation in Germany for the supply of the patients. The BfArM let it be known that such surpluses would be destroyed instead of being exported. I therefore assume that after the next regular elections in September 2021 (or earlier in the case of new elections) a new federal government will pursue a different policy and make possible a medical cannabis industry in Germany with the opportunity to export and to create thousands of new jobs. The FDP is already in favour of this.

All parties already now recognize that the research of medical cannabis must be promoted intensively. In 2018, an overarching resolution was passed in the European Parliament calling for increased research in this area and standardisation of standards within the European Union. Furthermore, the Federal Government supports a research project on medical cannabis at the University of Hohenheim.

Popular support for the legalization of cannabis continues to grow.

In 2018, the German Hemp Association, one of the most active lobby groups for legalisation, launched a Bundestag petition with over 80,000 signatures, which the German Bundestag will have to vote on during this legislative period. In 2019, a justice campaign was launched with the aim of persuading judges and defendants to have the provisions of the Narcotics Law reviewed by the Federal Constitutional Court in the event of criminal proceedings.

It would be good if, after 25 years, the Federal Constitutional Court could once again deal with the prohibition of cannabis. In its 1994 decision, the Federal Constitutional Court gave the prosecuting authorities and politicians clear guidelines with regard to proportionality, which were never uniformly implemented. The courts have not discontinued every procedure for personal use, and the small quantity is still not uniformly regulated nationwide.
The black market has also grown considerably over the past 25 years, and the call for change from the judiciary and the municipalities has become unmistakable. In addition a state makes itself attackable, if legally a prohibition exists, which cannot be interspersed at all, and which confronts above all our police with unnecessary problems. If the purpose of the law cannot be achieved at all, existing regulations must be changed.
However, the Federal Constitutional Court is traditionally cautious if it should or would have to take action to shape the law itself. In 1994 it still said that cannabis has a certain dangerousness, which can be regulated by the legislator within the framework of its assessment prerogatives. In other words, the Federal Government and the Bundestag already know what they are doing.
If one of the cases in the justice campaign, which impressively summarizes the new scientific and legal findings, actually reaches the Federal Constitutional Court, the prospects for success are not foreseeable at all. He would be desirable.
In the meantime, all parties, with the exception of the CDU, have spoken out in favour of decriminalising consumers. The poll results of the Greens are still high, and here, too, a decision on the cannabis control law drafted by the Greens is due to be taken again in this legislative period. The Cannabis Control Act is based on a free market model, decriminalises consumers and legalises the trade in cannabis, taking strict account of social and drug prevention aspects. It can be seen as a blueprint for future legalisation, which will also generate thousands of jobs and billions in tax revenues.

However, since the grand coalition for major societal changes with the corresponding regulatory measures no longer has any strength, it can be assumed that a change in drug policy can only be expected with a new federal government at the next regular elections in September 2021. The development in Luxembourg will also be closely monitored from Germany. Luxembourg was the first country in the European Union to announce its intention to legalise cannabis and the Foreign Minister of Luxembourg called on his European colleagues to think together about a European solution.

Until then, pressure from local authorities, the police and the judiciary to introduce changes will continue to increase. Furthermore, several municipalities want to test the distribution of cannabis to adults in pilot projects. So far, however, these applications have always failed at the BfArM.

The CBD industry not only has to struggle with the fact that health-related statements are not possible due to the proximity to pharmaceutical law, but since March 2019 also with an amended entry in the Novel Catalogue of the European Union. Since then, a few sales bans have been issued against manufacturers and distributors, but not uniformly and on a large scale throughout the country. Even large retail chains have taken CBD products off their shelves again under pressure from the authorities.

Strictly speaking, only nicotine-free e-liquids with CBD are currently marketable. This does not apply to foods and dietary supplements obtained by an extraction process based on a specific enrichment of cannabinoids.

The necessary degree of legal clarity and predictability to develop a functioning industry with growth prospects on a sustainable basis is currently completely lacking.

The situation could only improve if companies applied for authorisation as novel foods for their products. Such an application has so far only been made once, for an isolate product in 2016, and has not yet been decided.

Another possibility would be for court proceedings to decide whether the application of the Novell Food Regulation to CBD products is legal at all. There are enough arguments against this, since hemp extracts have been used as food for centuries and only the technology for food production has improved. The fact that supercritical CO2 extraction is considered a safe process for food production is also expressly stated in several European regulations.

But even the large retail chains are reluctant to take legal action and give in to official orders. On the other hand, there are many black sheep whose products have unlawful health claims and do not even contain the ingredients that are stated on the packaging. Furthermore, it is not clear whether basic food production standards, such as hygiene and traceability rules, are always met.

Germany and Europe are also waiting for uniform industry standards that guarantee both the necessary level of consumer safety and reliable development prospects for the industry.

The EIHA (European Industrial Hemp Association) as a European industry association has addressed this problem and is developing various activities to define these standards at European level with the Commission. For example, a position paper has recently been sent to the European Commission calling for the authorisation of natural cannabis extracts in cosmetics and a corresponding change in the Cosing register with good arguments. The outdated and too strict THC guideline values in foodstuffs are also discussed by the EIHA with Brussels. These efforts also remain to be seen.